Important news about the DACA program and deferred action for childhood arrivals: On December 4th, 2020 a judge issued an order requiring the Department of Homeland Security to accept new applications for DACA. This is a very big deal for dreamers and dreamers to be. Dreamers are those who were brought to the U.S. when they were under the age of 18 by their family or through friends in their family, and have been here without any status due to the actions of their family members. DACA was issued by President Obama in 2012 to give deferred action for these dreamers and to see who was eligible. In September of 2017 the Trump administration issued an executive order to unwind DACA, which prevented new applications for the last three years. As of December 7th, 2020 the USCIS has now stated that they are going to start accepting new DACA applications and advance parole documents.

There are about 640,000 people in the United States who already have DACA and the announcement of USCIS means that it may be possible for an additional million to seek this right to be protected from removal and the right to work in the U.S. through DHS authorization.

To be eligible for DACA you: 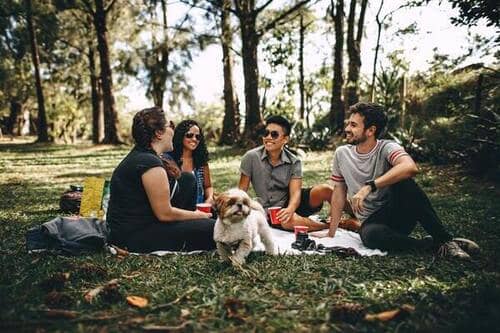 USCIS already stated that they will challenge, or are likely to challenge, the judge's decision. For this reason, if you qualify for DACA, you should apply now. One of the benefits of applying for DACA is that you do get the protection from deportation and you get a work permit for two years.

Another legal resource that is back after being taken off the table for about three years is advance parole. Advance parole it's truly much more than a traveling permit. First it would give you the permission to travel on your status but in many jurisdictions traveling and then entering the U.S. with this document may cure a previous issue of entering without inspection. This has been an evolving law. There has been challenges from USCIS on whether or not this counts as an admission so be cautious. We don't know how the law, or the case law, is going to evolve in the future. Right now, is definitely the time to apply for advance parole. Even if you already have DACA and you're just going to seek a renewal you still want to apply for advance parole. if you're a first-time DACA applicant now is definitely the time.

If you are out of status and you're caught, you may be scared to go to the sheriff's office or the police department. In this case contact an immigration attorney more, and more specifically an AILA attorney, to see if they can help you obtain the documents needed. This Is an opportunity for you to seek DACA protection and DACA benefits.

if you have any questions please feel free to visit our DACA page. If you believe a family member or friend may benefit from DACA please share with him/her this information or contact our DACA lawyers by phone at (407) 502 3000 or fill out our online form and we will get back to you shortly. Please note that USCIS is accepting applications now but we don't know how long this will continue. So, you want to try to get your advance parole applications in and if you're a first time applicant for DACA now is definitely the time to do it.