What Are Removal Proceedings?

Can You Be Deported Or Removed From The United States?

For non-US citizens there are several ways an individual may find themselves in removal (also known as deportation) proceedings. Some examples include:

How Are Removal Or Deportation Proceedings Started?

Removal proceedings begin with the Department of Homeland Security (DHS) filing a ‘Notice to Appear’ with the immigration court. This document will list factual allegations as to why the government deems it necessary to remove the foreign national from the United States, as well as include removability charges against the individual under certain clauses of law. 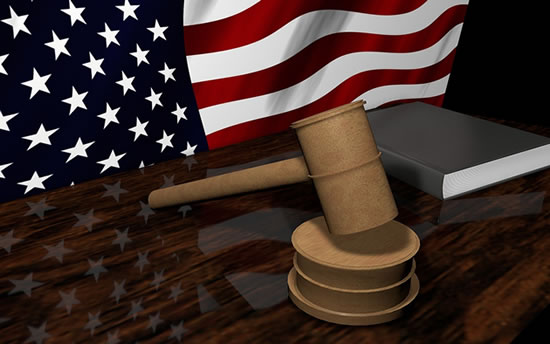 Defenses Or Relief To Deportation Proceedings

It is critical that a person facing removal meet with an experienced deportation defense attorney to discover all defenses or forms of relief available.

Our legal team at Mubarak Law is committed to assert any possible defenses to removability. Since the risk of facing deportation can pose a threat to you and your loved ones, it is our focus to protect your rights and fight in your best interest. If our fight is successful, the deportation case will be terminated by the court, and the process of removal canceled. Otherwise, the government will establish removability, and the individual will be ordered removed from the United States. For this reason, it is essential to have a highly experienced attorney represent you throughout the proceedings.

With each unique case, our legal team will take the time needed to assess the best course of action for you as an individual by creating a custom case plan.

Some forms of relief or defenses our immigration attorneys will evaluate include:

Right to appeal: Individuals ordered removed may appeal that decision before the Board of Immigration Appeals.

Withholding of removal is an application or a form of relief that originated from refugee laws and the United Nations agreements. This relief can be granted to foreign nationals who don't qualify for asylum but who’s freedom or life would be threatened if they are removed and sent to their country of origin. Those granted withholding of removal technically have an order of removal that is not going to be executed due to the circumstances in the home country and the dangers for the alien. The person is able to remain in the U.S. and work renewing a work permit regularly. A foreign national granted this relief than later marries an American citizen or who’s U.S. citizen child becomes 21 won’t be able to adjust status without first reopening proceedings to get rid of this removal order.

There are two forms of cancellation of removal under Immigration and Nationality Act 240A:

(a) Cancellation of removal for certain permanent residents (240A(a)); and

(b) Cancellation of removal and adjustment of status for certain nonpermanent residents (240A(b)).

(2) has resided in the United States continuously for 7 years after having been admitted in any status, and

(3) has not been convicted of any aggravated felony

If you are a permanent resident in removal proceedings, please contact us today. There may be other forms of relief or defenses available to you in addition to cancellation of removal.

Cancellation Of Removal And Adjustment Of Status For Certain Nonpermanent Residents

(1) has been physically present in the United States for a continuous period of not less than 10 years immediately preceding the date of such application;

(2) has been a person of good moral character during such period;

(4) establishes that removal would result in exceptional and extremely unusual hardship to the alien’s spouse, parent, or child who is a citizen of the United States or an alien lawfully admitted for permanent residence.

If you need help with any type of immigration matter or need additional information regarding deportation, please do not hesitate to call us today at (407) 502-3000. You may also fill out our online form and we will get back to you shortly. We have a 24-hour emergency service and can assist you in English, Arabic, Portuguese and Spanish.

Our highly experienced immigration team has received numerous 5-star reviews from clients that have faced deportation. Below are some of them. Please follow the link to read more reviews!

by The Rosie Effect
My cousin was placed in removal. He had multiple charges and convictions. Attorney Mubarak reviewed his history and realized most of his mistakes occurred when my cousin was young. After speaking to him, and other attorneys in Orlando, Mr. Mubarak was the best choice. He stopped the removal/deportation proceedings. Something i thought was nearly impossible because of his record. He offered my cousin extra meetings, because he wanted to be sure he was ready. This man loves his work, and will always tell you the truth. Even if the truth hurts. The biggest thing i love about this law firm is their dedication to make sure things are done correctly.

by T.B.
The leader for immigration issues. Has helped my family a ton ranging from detention to deportation.


I was one of Mr. Mubarak's first client. Attorney Mubarak is TRUSTWORTHY, PROFESSIONAL, AND VERY KNOWLEDGEABLE. My husband's case very difficult. Our family were living in fear of losing my husband to deportation. I could not imagine how I would have managed with our 2 children if my husband wasn't here with us. We struggled with this case and went to three different attorneys, until we met NAYEF MUBARAK. He is a KIND, PATIENT, and definitely the most HARD WORKING Attorney we have ever met. He was always there to calm our fears with his knowledge of the law. I have no hesitation in recommending Mr. Mubarak. He is dedicated and loyal and he is willing to go the distance for his clients. He certainly did his very best for us. Today our family is together and stronger because of him. We will always be grateful for his presence in our lives. God led us to him!

If you are in immigration removal proceedings, It's critical that you check your notice of hearings. For this reason check online here or call (800) 898-7180 to verify whether or not your hearing is going to move forward. If you do not attend for a hearing you will be ordered removed in absentia.

*** Pursuant to the rules of the Florida Bar, you are advised that if past results are mentioned, each case is different and those provided may not be representative of future results obtained by the lawyers.

2018 - Same Sex Marriage/ Reopening Deportation: In 1989 our client entered the United States legally with a tourist visa, he filed a timely asylum application, which eventually would be denied. He was married to his spouse, however, in 2006 the federal government didn’t recognize same-sex marriages. Our client had an order of deportation.

Attorney Mubarak was retained in 2015 to help the couple. Mr. Mubarak was able to obtain an approval of an I-130, after the Supreme Court’s decision to recognize same- marriages. The next step was successfully reopening the deportation order against our client. Once the case was reopened, we terminated and sought adjustment of status. His case was finally approved in spring of 2018.

2014 Cancellation of Removal for Non Permanent Residents/Deportation Defense: A young family, of Colombian nationals were present in the United States without status for more than 12 years. The clients were in deportation proceedings. Attorney Mubarak successfully handled their deportation defense case, and the couple’s application for cancellation of removal was approved. The clients are now legal permanent residents of the United States.

2014- Deportation Defense/ 212i Waiver for Fraud: Client was accused of committing fraud to obtain an immigration benefit 20 years ago, client was married more than 5 times. The client’s marriages were accused of being fraudulent. Attorney Mubarak successfully represented him in removal proceedings, client’s most current marriage was deemed legitimate. The client was not deported, his 212(i) waiver was approved. He is now a legal permanent resident.

2012- Motion to Reopen and Rescind an In Absentia Order of Removal: Client was ordered removed by an Immigration Judge, but was not aware of the removal order because he never received notice of the hearing. Outcome: Case was successfully reopened and the order of removal rescinded.