Can I Become a U.S. Permanent Resident Through My Spouse?

The simple answer is yes. You may have heard of “green card marriages” through the media or people you know. “Green cards” is the unofficial term for permanent resident cards. Our Orlando Green Card Attorneys have handled hundreds of adjustments of status cases and immigrant visa through consular process for spouses of American Citizens or Permanent Residents.

Oftentimes, U.S. Citizenship and Immigration Services (USCIS) greatly scrutinizes adjustment of status via marriage cases for fraud. Unfortunately, many couples face difficult interviews, requests for evidence, and denials if their case is not properly handled. It is critical for many couples that their case is handled carefully. Orlando Immigration attorneys at Mubarak Law have overcome many accusations of fraud against our clients. Even real couples can be accused of fraud if the case is not presented properly.

The Requirements for Obtaining Permanent Residency (“Green Card”) Through Marriage

Besides the negative views sometimes associated with green card marriages, the truth is, it is a great option for many couples who wish to build a life together in the U.S. If you are married to an American citizen or permanent resident, your spouse can petition (Form I-130, Petition for Alien Relative) USCIS to approve a visa or adjustment for your benefit.

For many individuals currently in the United States and married to a U.S. citizen, the I-130 can be filed simultaneously with the Adjustment of Status Application (Form 1-485). WARNING: In general, all potential applicants should consult with an immigration attorney prior to proceeding with filing an application. Filing an application incorrectly can possible lead to: a denial (loss of fees), a finding of fraud, and/or the initiation of removal proceedings.

For individuals residing abroad but married to a U.S. citizen or Permanent Resident, the U.S. citizen/Resident spouse will file the I-130 first with USCIS within the United States. Once approved, the case will be transferred to the National Visa Center. At the National Visa Center, immigrant forms will be completed for the beneficiary, as well as an affidavit of support by the Petitioner.  It is important to be informed. Contact Attorney Mubarak in Orlando to assist you and your family with their marriage petition process.

Please note that each I-130 petition requires, at minimum (1) , proof of the following: 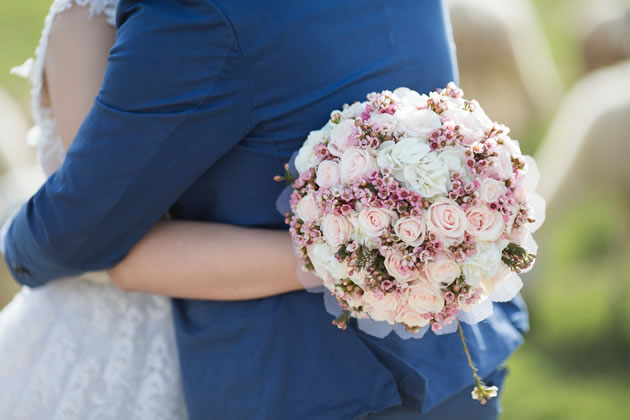 Copies of the following documents may prove U.S. citizenship for this purpose:

Copies of the following documents may prove permanent residency in the U.S. for this purpose:

If the U.S. citizen or Resident Petitioner immigrated or naturalized in the United States and the basis of their immigration history or naturalization was based on a previous marriage, it would be wise to consult with an immigration attorney.  Orlando Immigration Lawyer Nayef Mubarak has defended many clients after USCIS has accused the U.S. petitioner of obtaining their status in the U.S. via fraud after they initiated a petition for their new spouse.

For purposes of this petition, a legally valid marriage is one that is recognized by the government in the state or country where it occurred. Legal marriages where a certificate was issued will satisfy this requirement. The same may be true for marriages occurring in churches or through tribal practices. While domestic partnerships are not normally recognized, common law marriages will be sufficient if they are valid in the place they occurred. Essentially, if you can prove that the marriage is recognized where it took place, it will be recognized by USCIS for this petition. Since DOMA was overturned in 2012, same sex spouses are also eligible to file I-130 petitions. Attorney Mubarak has successfully represented members of the LGBTQ community with their marriage cases ever since.

In addition to proof that the marriage exists, applicant and beneficiary spouse must both submit proof that any prior marriages were terminated. This can be shown by submitting copies of divorce decrees or death certificates for prior spouses.  If you were not present for your divorce, you should consult with an immigration attorney.

USCIS will not approve a marriage-based petitions solely because a legal marriage exists. USCIS requires evidence that the marriage is bona fide. In other words, USCIS wants proof that the couple is building a life together. There are several ways to show that you have a bona fide marriage, and you should prepare as much evidence as possible to show the authenticity of your relationship. An experienced immigration attorney can assist you in collecting the evidence you need.

In establishing a bona fide marriage, evidence of combined finances is an excellent tool. Any of the following can be used to show combined assets and liabilities:

Other useful evidence shows that the couple reside together. This is important since living apart is sure to raise major concerns with USCIS. Proof of joint residence can be established through:

There are many other types of evidence that you can submit to USCIS to prove the authenticity of your relationship.  We highly recommend speaking to an experienced immigration attorney who can give you individualized advice for your case.

Attorney Nayef A. Mubarak is highly experienced with I-130 petitions and will be happy to assist you in submitting the evidence you need to have your petition approved. This publication is for informational purposes only and cannot cover all possible scenarios. For example, the process varies depending on whether the beneficiary spouse is abroad or already living in the U.S.  You do not have to navigate this difficult process alone. Contact our office today to speak with an experienced immigration attorney.

Contact us at (407) 502-3000. You may also fill out our online form located on this page and we will get back to you shortly. We have a 24-hour emergency service. Your privacy is very important to us and we will keep your information confidential.

Please read a list of successful cases we have handled including marriages, VAWA abuse petitions, gay and lesbian marriages, and Removal of Condition Waivers (I-751 Petitions).

Requirements to qualify for the K-3 Visa

(1) This is not a complete list or guide for filing.  Please refer to instructions to the I-130, which can be found at www.uscis.gov/i-130.

Our highly experienced immigration team has received numerous 5-star reviews from our Marriage Visa clients. Below are some of them. Please follow the link to read more reviews!

Mubarak Law was heaven sent for my husband and I. After an initial denial of my I-130 I thought my husband had no hope for the future. I contacted Mubark Law on a Friday and Mr Nayef Mubarak took us in the next day which was a Saturday to guide us through the proper channels. They helped us through every step of the way. Even after USCIS misplaced important documentation they helped me keep my cases on track. This law firm is the BEST in the Orlando area when it comes to your immigration needs! I would highly recommend this team! They were readily available whenever I needed them and able to answer any questions I had right away. I genuinely believe that 100% of my I-130 approval this time for my husband and I were all thanks to this law firm. Extremely helpful and aggressive. Thanks, Muburak Law for helping get this weight off our shoulders and helping move on with the next chapter of our lives!

My husband Kelly and I used Nayef Mubarak of Mubarak Law firm in Orlando for my green card case. I am a citizen of Venezuela and entered to United States in 2012 on a J1 Visa subject to the 2 year home residency requirement. After obtaining my second J1 Visa I married my husband and we contacted Nayef to help us. Gay marriage is fairly new in the US and we found Nayef to be very caring, accepting, experienced, and knowledgeable, therefore this is why we chose him as our lawyer. Attorney Mubarak helped us obtain an I-130 (Petition for Alien Relative) a waiver for the 2 year rule home residency requirement and finally a Green Card. Before our AOS interview and our last day with Nayef he did a good job comforting and ensuring us on such an important day. He was successful in preparing all the above applications and all of them were approved without any issues. We highly recommend Nayef Mubarak, especially to gay couples in a binational relationship with the same case as ours.

Thank you Nayef!!! Helped me get my marriage visa in 2012. Now I have 2 beautiful boys & of course I still have my husband 8-( lolI had an awesome experience throughout the entire process. I would highly recommend attorney Mubarak if you’re looking for one of the best immigration and naturalization attorneys in Orlando!