The Cost of Applying for U.S. Citizenship is Increasing 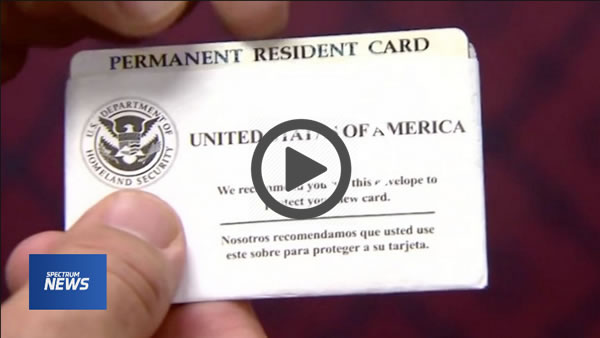 ORLANDO, Fla. — With concerns about underfunding, the U.S. Citizenship and Immigration Services made adjustments to its fees to cover its operating costs.

However, those increases will mean it's will be more expensive to become a citizen in the United States.

“DHS is adjusting USCIS fees by a weighted average increase of 20 percent to help recover its operational costs. Current fees would leave the agency underfunded by about $1 billion per year,” USCIS said in a statement.

Fees make up nearly 97 percent of the agency’s budget.

Immigration attorney Nayef Mubarak said one of the biggest changes is the removal of many reduced fees for children under-14 and lower income people.

The current fee for children under 14 is $750 for a permanent resident application and without the reduced fee it is $1,130.

Another change is the 81 percent fee increase for naturalization application. Currently it’s $640 and $320 with a reduced fee, but with the new fee changes it’s $1,170.

“One that I found interesting was the L-1 Visa and the reason I found it interesting is because it’s gone up 75 percent,” Mubarak said. “Moreover, the L-1 Visas are typically for foreign companies who seek to open new offices in the U.S. and typically that leads to employment for U.S. Citizens and residents.”

He also said it could deter U.S. businesses from hiring foreign workers.

“Employers have noticed the changes to fees as well so many obstacles that employers find are the fees associated to the non-immigrant petitions,” Mubarak said. “I think that’s just going to add to their concerns when they consider whether or not to hire a foreign worker.”

The changes take effect on October 2, 2020. You can find a full list of the fee changes here.