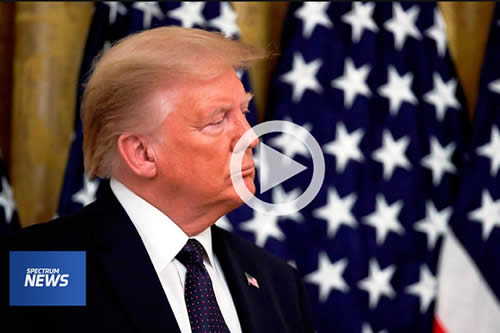 It will impact foreign workers who try to enter the U.S. with a H-1B, H2-B (seasonal non-agricultural jobs) H4, J and L. The executive order will temporarily ban approval for those visas for the rest of the year.

Legal residents and those already in the country on a work visa are not affected.

According to U.S. Citizenship and Immigration Services, there are more than 2,300 companies that use H-1B workers; 166 of those companies are in Orlando alone.

Carlos Carbonell said his technology company, Echo Interaction Group, planned to bring a H-1B worker to Central Florida so the employee can work in Orlando instead of remotely in Brazil.

“It’s disheartening,” Carbonell said. "Most companies actually do it because it is the most qualified person at the time that has a very unique skill set that is nowhere to be found in that particular region.”

The Trump administration said it did it to help employ U.S. citizens and protects wages for American workers as businesses continue to reopen from the coronavirus pandemic.

Nayef Mubarak, an immigration lawyer with Murabak Law, said there are already laws in place to do that.

“We have to go through the Department of Labor to determine the wage for the foreign national so this does not open the employer to choose a salary less,” Mubarak said.

He also said it can impact whether foreign companies move stateside in the future because L-1 visas are impacted. L-1 visas allow foreign managers and executives to stay in the country.

Carbonell said it could impact Central Florida’s future as a tech hub.

“We have to attract the best possible worker wherever they’re from and have them live here,” Carbonell. “I think executive orders such as this is a big hindrance from having that happening.”

Carbonell said his employee would need to continue to work remotely for now as he works with immigration lawyers to help bring him to the U.S.