Options for international businesses seeking to transfer their executive or managerial employees from foreign countries to the U.S

There is no doubt that immigration law has been at the center of political debates and breaking news stories since President Trump’s inauguration. The bulk of the discussion, rightfully so, has been on the controversial issues of the “the wall,” DACA, refugees, and the numerous attempts to implement “Muslim bans.”

What has not received much coverage are the changes we are seeing with employment based visas, investor visas, and business visas. For many attorneys not familiar with immigration law, there may not be much more to the practice of immigration law other than naturalization (citizenship), asylum, and permanent residency (“green cards”) through marriage. In fact, there are dozens of both non-immigrant and immigrant visas. Here we will discuss the L-1 Intracompany transferee visa, along with the EB-1C, an employment-based immigrant petition designed specifically for multinational executives and managers, and the recent changes the Trump Administration has implemented on these visas. 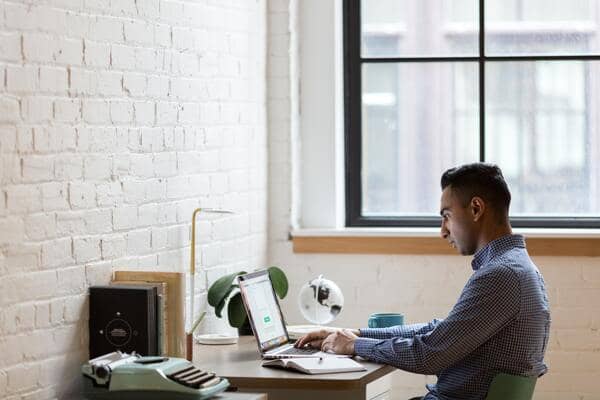 The L-1 Visa is for intracompany transfers of executives, managers, or individuals with specialized knowledge (L-1B) from a foreign entity to its parent, branch, affiliate, or subsidiary in the United States. For Example: If John Smith (Beneficiary) is the CEO of Koke Enterprises in Germany, and is now being transferred to run an existing office or to start the new US office of Koke LLC (Petitioner) in Orlando, he may be eligible for the L-1 visa as an executive being transferred for an executive position to an affiliate or subsidiary company in the U.S.

To qualify for an L-1 Visa, the following general requirements must be met:

For many immigration law practitioners, the two requirements most difficult to establish with United States Citizenship and Immigration Services (USCIS) are that the position of the transferee in the US will be executive or managerial; and the second, that a qualifying relationship exists under the affiliate definition.

Managerial and Executive capacity are defined under 8 C.F.R. 214.2(l)(ii)(B) and 214.2(l)(ii)(C) respectively. In addition to definitions provided by the regulations, the Service should consider a) where the Beneficiary will be employed; b) the entity’s organizational hierarchy; c) the beneficiary’s position therein; d) the company’s ability to relieve the beneficiary from having to primarily perform the daily operational tasks of the business.  See Tsiva, Inc. et al v. Attorney General, Department of Justice et al, 3:12-cv-00631 (M.D. Fla Nov. 24, 2014).

The affiliate definition can be difficult to establish, as it is not as black and white as the other qualifying organizations such as:  subsidiary, branch, or parent office.  The regulations provide three different definitions under affiliate: the one often questioned is the second definition of affiliate which is defined as “…one of two legal entities owned and controlled by the same group of individuals, each individual owning and controlling approximately the same share or proportion of each entity…” (2) Additional guidance is provided from case law in Matter of Tessel, 17 IN Dec. 631 (BIA 1981). The Board of Immigration Appeals stated the determination on whether an affiliate relationship exits is determined on control of the two entities rather than actual shareholders.  Another case, Sun Moon Star Advanced Power, Inc. vs. Chappell, (BIA 1981), the U.S entity was owned by five siblings, their two parents, and two spouses of the siblings. The foreign entity was only owned by the five siblings and their two parents. In the Sun Moon case, the relationship was deemed to be an affiliate, thus the same group of people, nor same portion is understood to be exact. When seeking to establish a relationship under the affiliate definition it is important to have a common shareholder(s), and/or establish one entity has control of the other.

The ambiguities in the definition can create real problems for a practitioner seeking an L-1 visa, however, it also creates opportunity. First, an affiliate relationship allows for greater flexibility for small start-up companies.  A shareholder of a foreign entity can also be a Beneficiary of the L-1 visa. A shareholder with majority interest in a foreign entity, could establish a US company on their own, and still qualify for the L-1 visa. The US affiliate need not be in the same industry as the foreign office, this also allows for flexibility and options for potential L-1 clients. The Beneficiary’s skills, however, should be transferable. Another creative way to qualify a foreign entity for an L-1 visa is to use shareholder rights of proxy. For example, if two minority shareholders of a foreign entity could obtain majority control by combining their voting rights, the two parties can now open an office in the US and meet the definition of qualifying organization for purposes of the L-1 Visa.

On December 29, 2017, the USCIS issued a Policy Memorandum on Qualifying Relationships and Proxy Votes, PM-602-0155. This memo clarified that when proxy votes are a determining factor in establishing control, the petitioner must now show the proxy votes are irrevocable from the time of filing through the time USCIS adjudicates the petition, along with evidence the relationship will continue during the approval period requested. Id. This is a brand-new requirement for the affiliate relationship.  This memo should be reviewed carefully prior to filing an L-1 petition based on an affiliate relationship.

Recent changes under the Trump Administration for the L-1 visa

On April 18, 2017, President Trump signed the Buy American and Hire American Executive Order (BAHA), which seeks to create higher wages and employment rates for U.S. workers and to protect their economic interests by rigorously enforcing and administering our immigration laws. It was clear that USCIS and the Executive Branch were committed to changing many of the employment and investor visas procedures and policies.

Although not specifically listed in the BAHA executive order, many immigration attorneys are reporting that their clients are experiencing greater scrutiny at their L-1 visa interviews abroad at US embassies. The White House has made it clear, its priority is to implement a culture of Buy American, Hire American. It is no surprise that a behavioral drift and a change in attitude towards foreign national employment based visas has become.  One question seemed more poignant than others, “why can’t an American do your job?” The L-1 visa is specifically for executives, managers, or persons of specialized knowledge to be transferred from a foreign entity abroad to its qualifying organization in the US for a temporary period. It is required that L-1 recipients be employed abroad prior to seeking a transfer, it is not required to demonstrate the Petitioner was unable to find a qualified candidate within the U.S.  Many Orlando immigration attorneys have also noticed an increase in on-site inspections. Now, more than ever, attorneys need to prepare their clients for thorough interviews which may include questions not relevant to their L-1 visa.

EB-1C: An employment-based immigrant petition for Multinational Executives and Managers

The EB-1C visa category is one of the three types of employment-based, first-preference petitions for permanent residence reserved for aliens who are among the most capable and accomplished in their fields. The EB-1C is quite like the L-1 in the sense of necessary requirements, however, with an approval of the I-140 petition for an EB-1C visa the beneficiary would be eligible for an immigrant visa.  This would allow the beneficiary to obtain permanent residency (“green card”), making it an extremely attractive option for foreign nationals. The EB-1C attracts many foreign nationals to invest and expand in the US under the L-1 visa, and to eventually obtain residency in the U.S.

To qualify, the Beneficiary must have been employed outside the United States for at least 1 year within the last 3 years preceding the application (3) and must be seeking to enter the U.S to continue service to the qualifying U.S. entity.  Moreover, the Beneficiary’s employment must have been outside the United States in a managerial or executive capacity and with the same employer, affiliate, or a subsidiary of the U.S. prospective employer.  Please note, an L-1 visa is not a prerequisite for an EB-1C.

Employment-based adjustment of status applicants are now required to attend a personal interview before their case will be completed. USCIS will interview applicants whose petitions were filed on or after March 6, 2017, as well as any family members applying with the principal. If the petition was filed before March 6, 2017, an interview can be scheduled if there is an issue in the case that may affect eligibility to adjust status, such as an arrest or conviction. This was USCIS’s previous interview policy for employment-based adjustment applicants.

The interview requirement is part of the agency’s compliance with President Trump’s executive order on protection of the United States from terrorist activities, signed March 6, 2017. These Interviews are not new, but for employment-based adjustment applicant it has been longstanding policy to waive most interviews.

Attorneys should inform their clients of the new interview requirements, on-site inspections, and greater scrutiny now expected with their EB-1C petitions. It is also important attorneys to consider the additional time each case will take under the new requirements, and adjust their fees accordingly.

Neither the L-1 visa nor the EB-1C were ever easy to obtain, however, these visas open the door for many clients who often believed no options were available. Immigration attorneys must stay informed of the constant changes in policy, which is now the norm with the Trump administration. Finally, it is critical the client is: informed of all the risks; provided with a realistic expectation; and properly prepared for all questioning, interviews and inspections associated with their respective visa.

(3) If the Beneficiary’s employment abroad was more than 3 years prior to the application, but the beneficiary was admitted to the US on an L-1 visa, the Beneficiary can still be eligible for the Eb-1C.