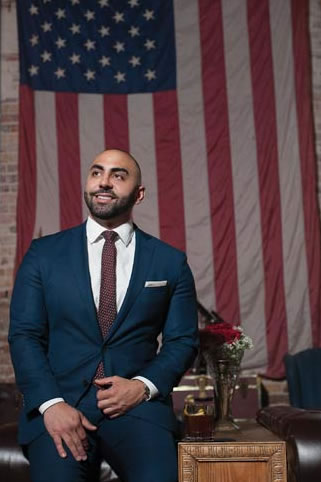 “BUILD A WALL!” “MUSLIM BAN!” “IMMIGRATION REFORM!”  These statements have been at the center of what is likely the most chaotic political climate to enter the world of U.S. immigration law in decades; however, Attorney Nayef A. Mubarak is cool, calm, and collected.

When Mubarak isn’t roaming the immigration courts, he can be sighted at the Orlando International Airport working with local officials and activists to help facilitate the entry of Central Florida residents detained after the President’s first #MuslimBan was announced, as well as facilitating immigration workshops in several languages: English, Arabic, Portuguese and Spanish.

Mubarak, the founding attorney of Mubarak Law, is a Brooklyn-born American; and he is the son of Palestinian American immigrants. As the son of immigrants, Mubarak experienced growing up in a nation that allows immigrants the life-changing experience of the American Dream, but at the cost of effective and legitimate representation. Both of which have been engrained in the Mubarak Law ethos.

Nayef is a lifelong resident of Central Florida. At the age of 33, he has championed the immigration realm for over seven years. Graduating from the University of Central Florida with a Bachelor’s degree in Business and Finance, he went on to graduate from the Barry University School of Law in 2010. He spent 6 years at NeJame Law, representing foreign nationals with investor visas, removal defense, and family based petitions. In less than three years he was promoted to partner of the NeJame firm. In 2016, Mubarak reached a new milestone by opening Mubarak Law with offices in downtown Orlando. 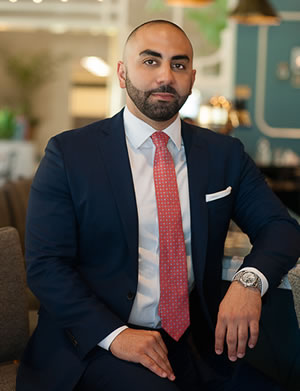 During a time when the term, “immigration,” has become a polarizing political issue, immigration attorneys, like Mubarak, are experiencing a moment in their career that will potentially mark their most noble time to protect the rights of all under this country’s constitution and laws. With this in mind, Attorney Mubarak believes it is critical to develop real relationships with his clients. “It is important to truly understand, and know your clients, in order to represent your clients” Mubarak says. The firm’s motto: “Your Future, Our Priority,” was created based on this belief. Whether its removal defense, family petitions, or investor visas, Mubarak understands his clients have entrusted him with their future. Due to a natural progression within his diverse and loyal clientele, Mubarak’s firm handles personal injury and small business matters in addition to immigration law.

It’s easy to list his accolades; however, the reviews of the Mubarak Law team speak volumes. Over the years, he has built deep community ties by volunteering with local non-profits to provide free naturalization workshops and “Know Your Rights Seminars.” Mubarak also sits on the Board of Directors for the Arab-American Community Center in Orlando. He received the AVVO Client’s Choice Award in 2014, 2015, and 2016. Florida SuperLawyers ranked Mubarak as a Rising Star for 2016 and 2017. In addition to Orlando Attorney Mubarak, the team is comprised of Gloria Lopez of Venezuela, Grace Naranjo of Colombia, and National Guard SGT Jose Salvador, JD.