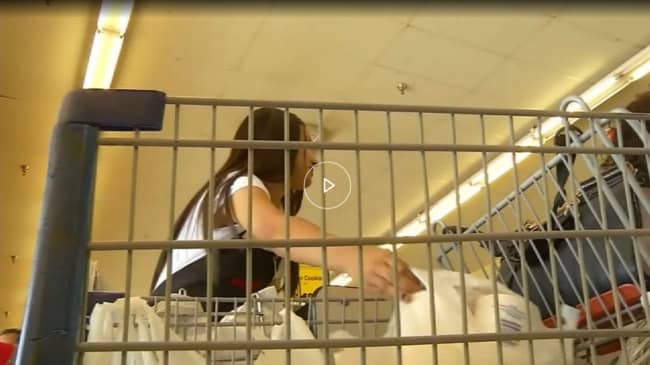 When the Trump administration amplified a "public charge" rule so that use of SNAP benefits could affect immigrants' paths toward citizenship, they started turning more to food banks, Second Harvest Food Bank's Kelly Quintero says. (File)

Under the current rule, an immigrant who uses Supplemental Nutrition Assistance Program (SNAP) benefits, or food stamps, as a public charge would see their path toward citizenship affected.

Under Trump rule, immigrants' citizenship path could be affected if they used SNAP

“President Biden has instructed the attorney general, as well as the Department of Homeland Security, to review the public charge rule that was amplified under the Trump administration to determine whether or not changes need to be made,” immigration lawyer Nayef Mubarak said.

After the 60-day review, they’ll report their recommendations to Biden on the current public charge requirements.

“We started seeing an uptick in our Latino community pantries as well, and it was interesting to see that uptick because we know it was pretty much a direct result of this proposal,” according to Kelly Quintero, Second Harvest Food Bank’s director of advocacy and government relations.

When the rule was announced in early 2019, Second Harvest Food Bank saw immigrant families quickly flee SNAP out of fear, which created a greater need for hunger relief, Quintero said.

“That’s when they started telling us ‘Hey, I don’t want to be signed up for SNAP anymore. Where’s the nearest pantry to me?’ Quintero said. “It was really heartbreaking to see somebody needs to worry about their citizenship status versus how to put food on their table.”

The review is a positive step in order to help immigrant families who qualify for SNAP to return to the program, she said

“It’s going to alleviate some of that pressure that our pantries are feeling,” she said. “We know that the pandemic has kind of changed the dynamics of everything.”